In the narthex of Palmer Memorial Episcopal Church there’s an impressive plaque on the wall that lists the name of each Rector of the congregation with his years served in that role. As you can see in this photograph, my name is currently at the bottom, which is a strange thing to ponder, especially when I sometimes walk into the empty church alone. In all honesty, it feels — at least for a moment — as though I’m looking at my own grave, incomplete perhaps, but very much real. However, that’s not really such a bad thing to contemplate from time to time. 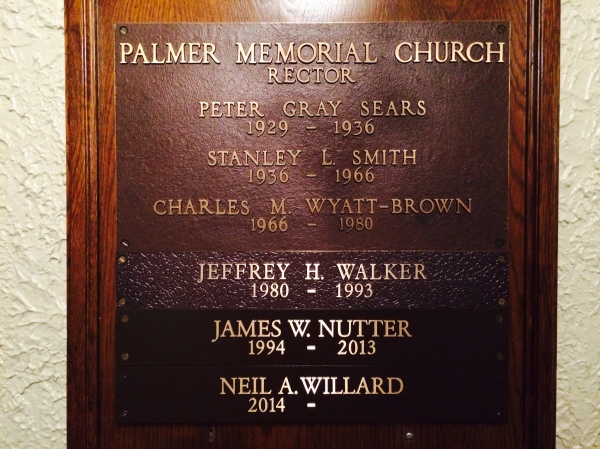 It reminds me of this haiku challenge on Osler’s Razor, the blog that inspired Haiku Friday on Tumbleweed Almanac. Mark Osler, who is both a friend and a professor at the University of St. Thomas Law School in Minneapolis, Minnesota, invited his readers to write their own obituary in haiku. So this is what I wrote, connecting something odd about myself to my paternal grandfather, who was born in 1894:

Like his Granddaddy,
wore an old-fashioned collar,
only backwards. Priest.

My wife accepted the invitation, too, creating this unforgettable image:

What obit? There will
be too much wailing, weeping,
to read clearly. Duh.

4 thoughts on “Haiku Friday: Getting the Last Word”