This past Saturday, at Christ Church Cathedral in downtown Houston, I witnessed ordinations in the Episcopal Diocese of Texas for the first time. That morning nine men and women were ordained as deacons. For some, that ministry of servanthood and being sent out into the world to help all of us respond to its needs will be their vocation. For others, however, it is a path that will lead to a different vocation in the months ahead, when, God willing, the Bishop will ordained them as priests.

One of those persons who is called to be a priest is Alex Easley, pictured below with me at the reception that followed Saturday’s diaconal ordinations. The Bishop has appointed her to serve for two years as a curate on the staff of Palmer Memorial Episcopal Church, beginning in August. During that time, Alex will learn about the priesthood not only through her experiences at Palmer but also with her peers who will be curates at other congregations in the Episcopal Diocese of Texas. 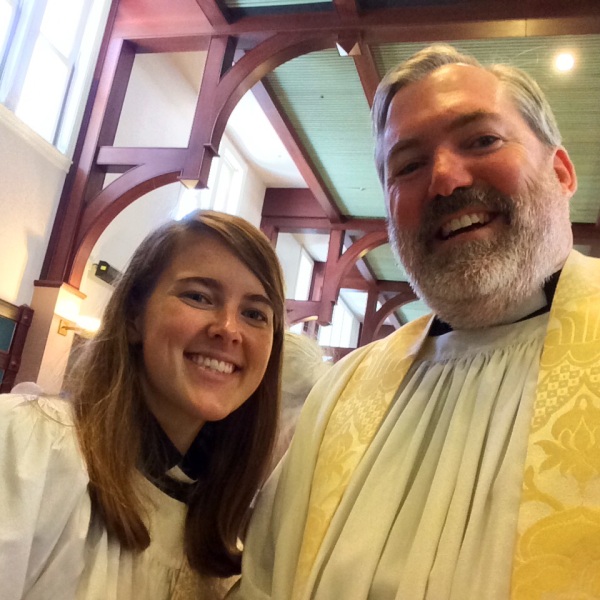 The festivities continued with a gathering at the original Goode Company Barbeque on Kirby Drive. As usual, there was lots of smoked meat, including beef brisket and Czech sausage, plenty of side orders to go with it, and, of course, cowboy boots. 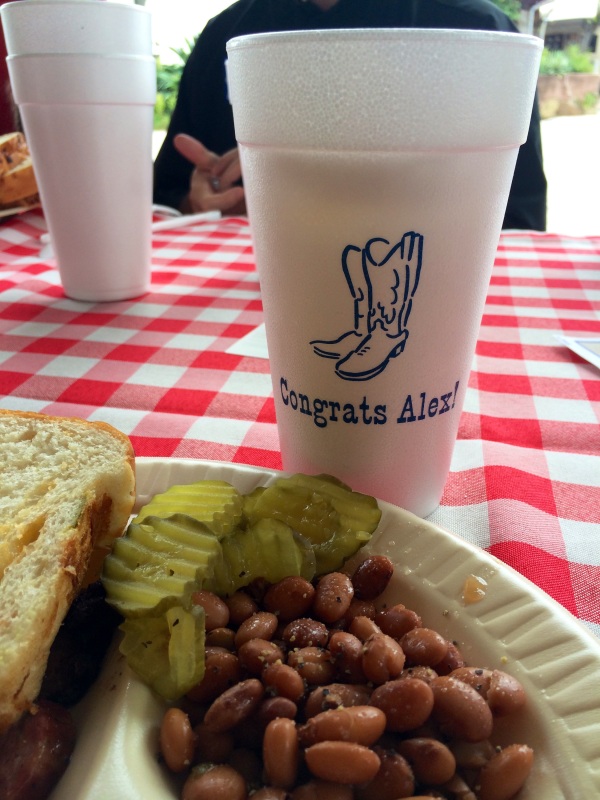