This morning my wife and I drove together to school with our boys and dropped them off there. On the way back home, we happened to find ourselves behind this Blue Bell Ice Cream delivery truck. Blue Bell has an intense, patriotic-like following here in the Lone Star State. Although not one of the faithful, I admire the devotion. 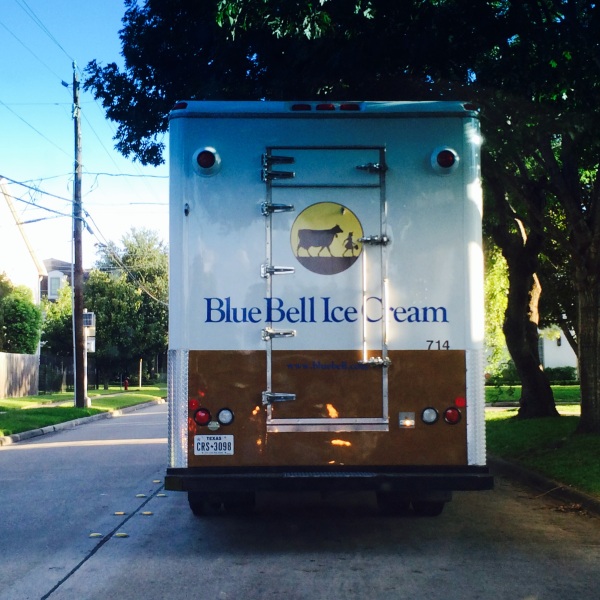 I shall refrain from reviewing the grim details of the recent unpleasantness that led to approximately 8 million gallons of ice cream from Blue Bell being pulled from the shelves of stores earlier this year. But the company has apparently recovered from that setback, so the great ice cream famine anno Domini 2015 is now over in Texas.

That story of a triumphal reentry into grocery store freezers explains why my wife and I heard others joyfully honking the horns of their vehicles to celebrate Blue Bell and saw them sticking their arms out of the windows of their cars and dramatically waving at the driver of this delivery truck. It was crazy, and it made me smile. 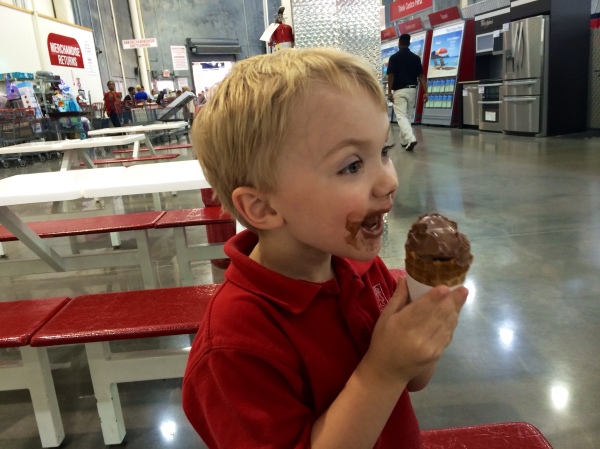 Ice cream does that. It brings a smile to the faces of most people. It brings to mind, perhaps, happy memories of childhood and making a mess of things and absolutely delighting in every moment of doing so. I can’t think of a better theme for today’s haiku at the beginning of the weekend that marks the unofficial end of summer. So delight in writing your one verse about ice cream with five syllables in the first line, seven syllables in the second line, and five syllables in the third line. Here’s mine:

Ben smiles and giggles
and paints his face, too, when he
eats chocolate ice cream.