While I’m not the biggest sports fan in the world, I did marry an awesome woman from Wisconsin. That means that I automatically married into a family of Green Bay Packer fans. The entire State of Wisconsin supports that NFL team with a religious zeal that is difficult for many outsiders to understand completely. It’s amazing. 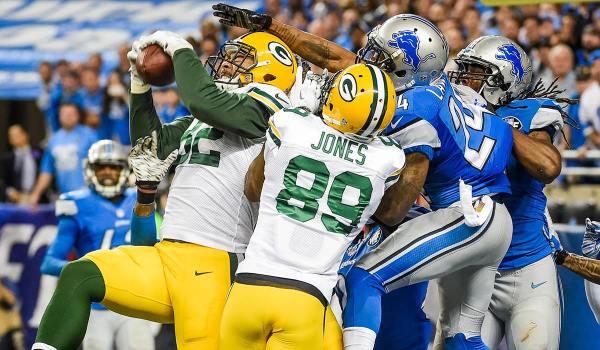 Also amazing was last night’s football game against the Detroit Lions. At halftime, the Packers were down 17-0. Soon thereafter, they were down 20-0. But the final score of 27-23 showed the seemingly impossible — the Packers on the winning side. It was miraculous because of this last-second, “Hail Mary” pass by Aaron Rodgers.

Rodgers to Rodgers for the WIN! #GoPackGo pic.twitter.com/c2AkUXAzU3

Seemed like a long shot —
but she liked me as much as
she liked the Packers.