My sons recently attended a birthday party with the usual cake and a bouncy house and lots of other food and drink. But there was also a Star Wars Death Star Piñata! 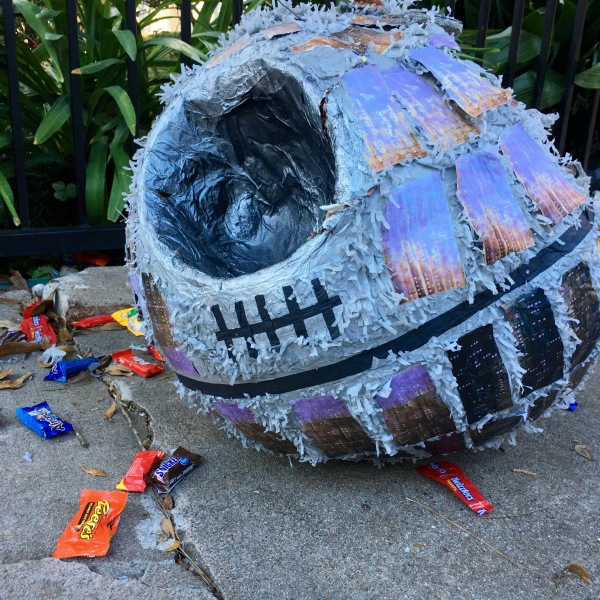 The Houston Livestock Show and Rodeo is in full swing, and one of the events there is called Mutton Bustin’. An announcer gives the name of a kid between the ages of 5 and 6 and tells the audience what that kid wants to be when she or he grows up. We heard about cowboys and fire fighters and, interestingly, Secretary of the Treasury. Then a gate is opened, and that same kid tries to hold on tight to a sheep that bolts to the other end of the arena. It only lasts for a few seconds, but — wow — what a ride!

I would image that Mutton Bustin’ is both thrilling and terrifying at the same time. There are all kinds of wild rides — race cars, roller coasters, a ship rolling with the waves, driving 30 miles per hour on an endlessly curvy road in the mountains, riding in a helicopter across the edge of the Grand Canyon as the ground below suddenly drops away from view, etc. Write a haiku about your experience with five syllables in the first line, seven syllables in the second line, and five syllables in the third line.

Saw bucking broncos
at the Houston Rodeo.
That’s not for me, y’all! 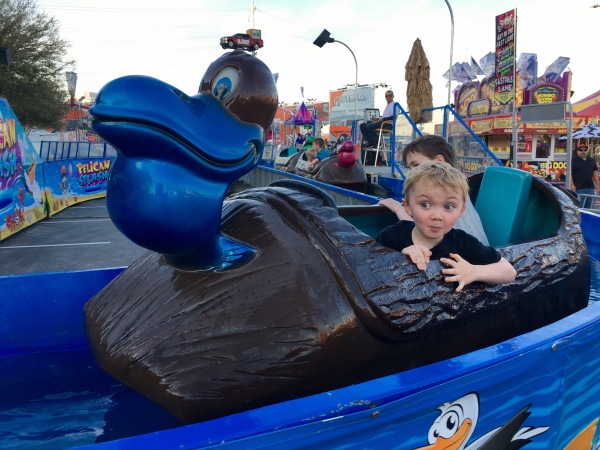 The astute reader who is also a fan of science fiction movies will recognize at least a few details in this picture that come from Star Wars. An Imperial Star Destroyer is in the upper left corner, and two Imperial TIE Fighters can clearly be seen below it.

My oldest son, eight years old, drew this recently. My favorite part is the quote: “Stop this party right now!” Although I’m not really sure about the origins, it might be a paraphrase of a quote from Star Wars: Episode II — Attack of the Clones. However, what I am sure about is the fact that a lot of people I know would like to shout those words throughout the galaxy because of the deterioration of our national political discourse in a presidential election year. As one comedian famously tweeted about a month ago, imagining that what we see on our screens is actually a television series:

Over the weekend, the Willard boys had a chance to visit not only the dinosaurs but also our distant relatives at the Houston Museum of Natural Science.  It’s also Super Tuesday here in the Lone Star State, which the four-year-old finds really hilarious.