I like to describe myself as a theologian of grace. My short definition of grace or forgiveness or the gospel in a nutshell is God’s one-way love for us. That definition comes from an old friend of mine named Paul Zahl, who once said, 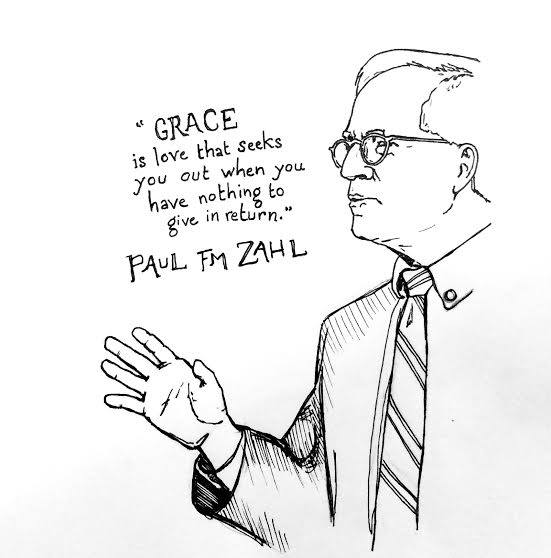 It’s a reality that most of us seem to dislike, initially, in theory. But an experience of grace can often make us able to embrace it, eventually, in practice. The late Robert Farrar Capon, in his book The Romance of the Word: One Man’s Love Affair with Theology, put it this way:

Grace is wildly irreligious stuff. It’s more than enough to get God kicked out of the God union that the theologians have formed to keep him on his divine toes so he won’t let the riffraff off scot-free. Sensible people, of course, should need only about thirty seconds of careful thought to realize that getting off scot-free is the only way any of us is going to get off at all. But if all we can think of is God as the Eternal Bookkeeper putting down black marks against sinners — or God as the Celestial Mother-in-Law giving a crystal vase as a present and then inspecting it for chips every time she comes for a visit  . . . well, any serious doctrine of grace is going to scare the rockers right off our little theological hobbyhorses.