Today is Serve Sunday! At the end of our liturgies this morning, we will be commissioned and sent out into the surrounding community as teams, not only to serve our neighbors but also to listen to them. There will even be opportunities between the 9:00 and 11:00 a.m. Choral Eucharists to serve right here on Palmer’s campus, including kid-friendly ones that families can do together. It’s an invitation to be the church in the world around us. After all, this place is not a destination in a life of faith but a starting point as we are sent out in the name of Christ.

This morning we also welcome as our guest preacher the Rev. Canon Nicholas Porter, who is the Executive Director of Jerusalem Peacebuilders. Palmer’s own Stuart Kensinger is a co-founder of Jerusalem Peacebuilders, which is “an interfaith non-profit organization with the mission of creating a better future for humanity across religions, cultures, and nationalities.” They bring together Jewish, Christian, and Muslim youth and adults from the Holy Land and from the United States, “providing them with the opportunities and skills they need to become future leaders for peace in the global community.” One manifestation of that mission is a summer program at Camp Allen, which is the camp and conference center for the Episcopal Diocese of Texas. As I mentioned in my remarks to the congregation on the day of our annual parish meeting, there will soon be an official office for Jerusalem Peacebuilders at Palmer to help coordinate their work in Houston. As we partner with them, I invite your prayers for this ministry of reconciliation that we share together as followers of the Prince of Peace.

Mockingbird is a blog that intertwines theological musings with popular culture. One of its essays highlighted a 2011 science fiction series called Terra Nova. The basic premise was that humanity, having turned the earth into a wasteland, had been given a second chance. Colonists were able to travel back in time to resettle a prehistoric earth, where, yes, there were dinosaurs. It turns out, of course, that the colonists are the same imperfect and broken human beings that  we have always been. Nevertheless . . .

Don’t we all wish we had second chances? Don’t we all fantasize at some point about having a flying Delorean to go back in time and stop ourselves from doing stupid or harmful things? How convenient would it be if, theologically speaking, we had a space-time rupture that took us back to the garden to stop the snake before it got to Adam and Eve? The drama that plays out in Terra Nova is this overwhelming sense of pressure to survive and make the best of this second chance. If they [mess] it up this time, there is no third chance. 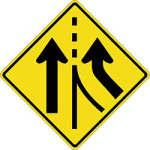 Living in the City of Houston provides us with incredible opportunities to participate in cultural and intellectual events. Throughout the year, I’ll invite you and your friends and neighbors to join me in some of these activities that might either strengthen or challenge us as Christians.

It will take place this week — Thursday, February 16 — from 7:00 to 8:30 p.m. in Sewall Hall, Room 309, on the Rice campus, which is located at 6100 Main Street. As always, if possible, please let them know that you will be attending. You can RSVP by sending an email to Hayley Hemstreet, Program Manager for the Religion and Public Life Program, at hayley.j.hemstreet@rice.edu.

There aren’t many public theologians these days in the mold of the mid-twentieth-century’s Reinhold Niebuhr. Someone who comes very close is David Brooks, who is, in fact, today’s guest preacher at the National Cathedral in Washington, D.C. The first video below begins with his sermon from this morning. The second is his conversation with the Very Rev. Randy Hollerith, Dean of the National Cathedral, beginning with a question about the role of people of faith in our national life.

Occasionally, Stephen Carter of Yale Law School steps into the role of a public theologian as he did in a thought-provoking 2012 interview with Yale Divinity School’s Reflections magazine that was entitled “Civil Thoughts on Uncivil Times.” His words then about “a morality of means” are still relevant today:

[T]he reason we’re in a decline is that we no longer are capable of being serious about public argument. Election campaigns have become opportunities for entertainment, each side declaring a jeremiad against the other, but mainly pointing to silly gaffes, and lying happily about what the opponent is up to.

Supporters of this or that candidate, when pressed about why the campaigns are so vicious, will routinely answer that their side is just matching the other, doing what’s necessary to win. As a Christian, I find this response terrifying. Christianity seeks to build a morality of means that is every bit as important as the morality of ends, and often more so. . . .

And our decline matters. I am naive enough, in the innocence of late middle age, to believe that America should still be a beacon to the world, a nation worth imitating. Plenty of countries around the globe have learned to imitate our self-seeking, our obsessions with wealth and celebrity, and our growing incivility. Before selecting our public behaviors, we should perhaps think a bit harder about what it is that we want to export.

For many Americans, today is known as Super Bowl Sunday. And that major event will be taking place this evening in Houston, just down the street from Palmer. If you happen to be our guest this morning because you’re in town to watch a football game, we are honored by your presence and hope you enjoy your time in our city. Palmer’s mission is to know and share the love of Jesus Christ, and our prayer is that you will receive that gift in our worship together as the people of God. While it makes no theological sense to pray for God’s intervention on behalf of the New England Patriots or the Atlanta Falcons, there’s nothing wrong with giving thanks for other aspects of sports and those who, on and off the field, make them possible:

Eternal God, giver of joy and source of all strength, we pray for those who have prepared for today’s Super Bowl game in the City of Houston — athletes and coaches, referees and officials, stadium and city workers, law enforcement and medical professionals, and so many others whose efforts will remain unseen and unknown. We also pray for churches and organizations that are welcoming many different kinds of people from many different parts of our nation. In a world where forces seem to pull us apart from one another, we give you thanks for a desire to come together and to celebrate the human spirit in motion in athletics. We have been wonderfully made by you and in your image. In victory and in defeat, help us to reflect the grace and love that we have known in the face of your Son Jesus Christ our Lord. Amen.