Two of the Christmas gifts that I received from my wife Carrie in 2013 were a copy of Roger Hutchison’s The Painting Table: A Journal of Loss and Joy and an original work of art by the author of that book. Roger and I became friends more than 18 years ago while serving different Episcopal churches, each within walking distance to the beach, along the Grand Strand of South Carolina. Today I finally hung that painting on the wall of the Rectory here in Houston, where we moved last summer. 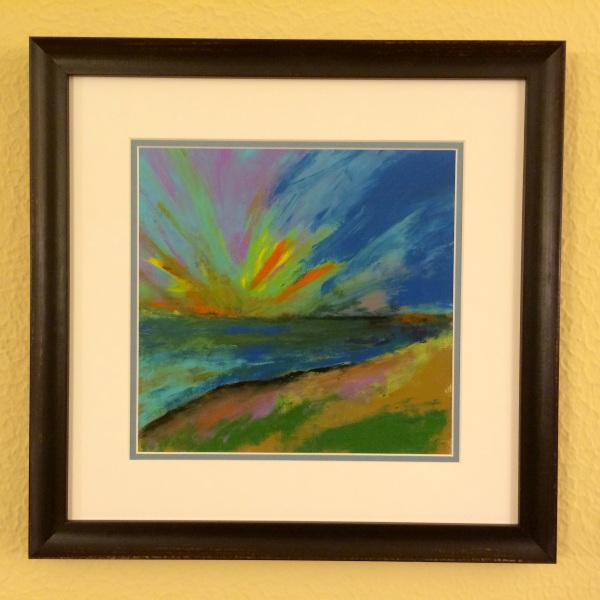 Art would make a good haiku theme, don’t you think? It could be about anything from the product of a child’s imagination with crayons to something that you saw long ago in the National Portrait Gallery in London. That gives you a lot of latitude to create your one verse with five syllables in the first line, seven syllables in the second line, and five syllables in the third line. Here’s the haiku that I wrote:

Is the sun rising
or setting? Same painting, but
more than one story.